When the famous marine scientist Jacques Costeau came to Lake Titicaca in the Altiplano, the highlands between Peru and Bolivia, in the 1960s, he made a strange discovery during his experimental dives at high altitude: Hundreds of large, extremely wrinkled frogs were lying around on the bottom of the body of water – and when disturbed, they swam away with powerful puffs. Through his TV series “The Undersea World of Jacques Cousteau” these images became world-famous.

United for a frog

United for a frog

Mass die-off in the Altiplano

When biologists came to Lake Titicaca about 50 years later, they were presented with a similar picture. Only this time, the strange, extremely wrinkled frogs were lying on the shore of the lake – and no longer swimming away, because they were dead. A mass die-off has dramatically reduced the population, once estimated at many millions. Water pollution is primarily to blame. An entire ecosystem is in danger of collapsing in the face of sewage and pollutants of all kinds, garbage and overuse of the shoreline – and with it the remaining population of one of the world’s most fascinating frogs.

Idyll before the collapse

At 14 centimeters long and weighing 250 grams, Titicaca water frogs are among the largest frogs. They live completely aquatic, exclusively in Lake Titicaca and its tributaries, located at an altitude of almost 4,000 meters. In doing so, they also penetrate to great depths. Living underwater at such high altitudes requires special adaptations due to the lower oxygen concentration. The frogs can remain submerged for hours. Their oxygen supply then comes from skin respiration. In order to provide as large a surface area as possible for this, their skin is extremely wrinkled – this looks like it is much too large for the frog. By rhythmically moving up and down, it is also set into oscillation in order to carry more oxygen-rich water along it. In addition, this frog has an unusually large number of red blood cells and can therefore bind a lot of oxygen.

Water body restorations are well-tested, and the chances of success are high. The only question is whether the frogs will even be around when the time comes.

Because of its occurrence in only one water system and the problematic ecological situation there, the Titicaca water frog is in serious danger. The populations continue to decline. The World Conservation Organization (IUCN) rates the population as “critically endangered”. If the causes of the pollution were stopped and the lake were restored, it could be a home for future generations of frogs as well as for the many people who live in its vicinity and also suffer from the disastrous environmental situation. Water body restoration is well tested, and the prospects for success are high. The only question is whether the frogs will even exist when the time comes. That is why local conservation initiatives, in cooperation with the international zoo community, have begun to lay the foundations for a conservation breeding program. With some success – the frogs obviously feel comfortable in their new environment and regularly produce offspring. Private frog lovers can now also help via Citizen Conservation to build greater capacity for keeping and breeding these animals. 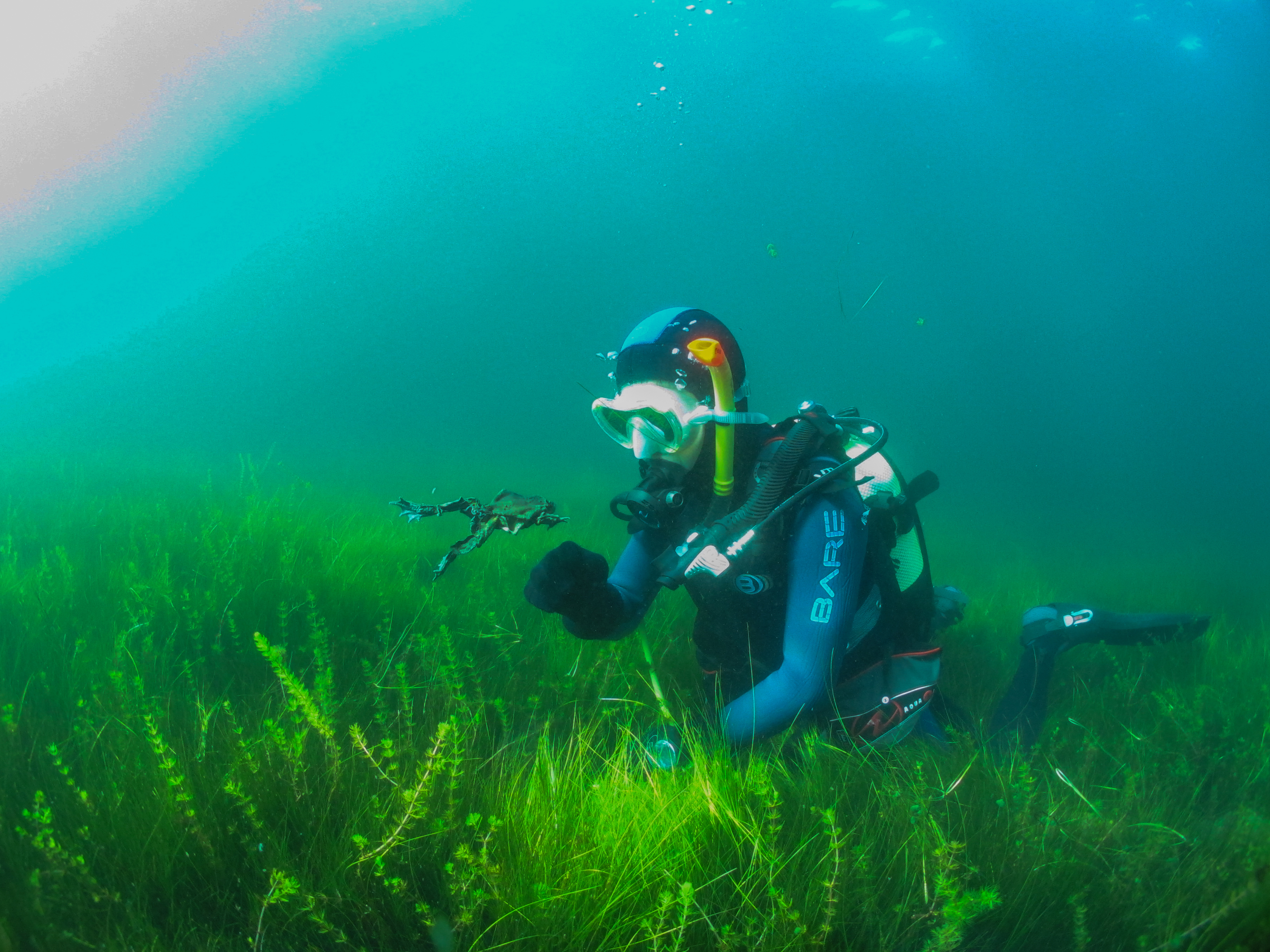 Yet this frog still holds many secrets. In aquariums, it has so far not grown as large as it does in nature. Is it because the animals grow so slowly in the cold water of the lake that they only reach their impressive dimensions over the course of many years – and they have not even been kept in aquariums for that long for anyone to know? What is known is that they become sexually mature quite early, when they are still far from their proven maximum size. Do altitude or water depth affect growth? Much research remains to be done on the Titicaca water frog. Let’s hope that it will be preserved for the world in the long term and that one day it will once again be at the bottom of its unique lake in such large numbers as it once was in Cousteau’s time. 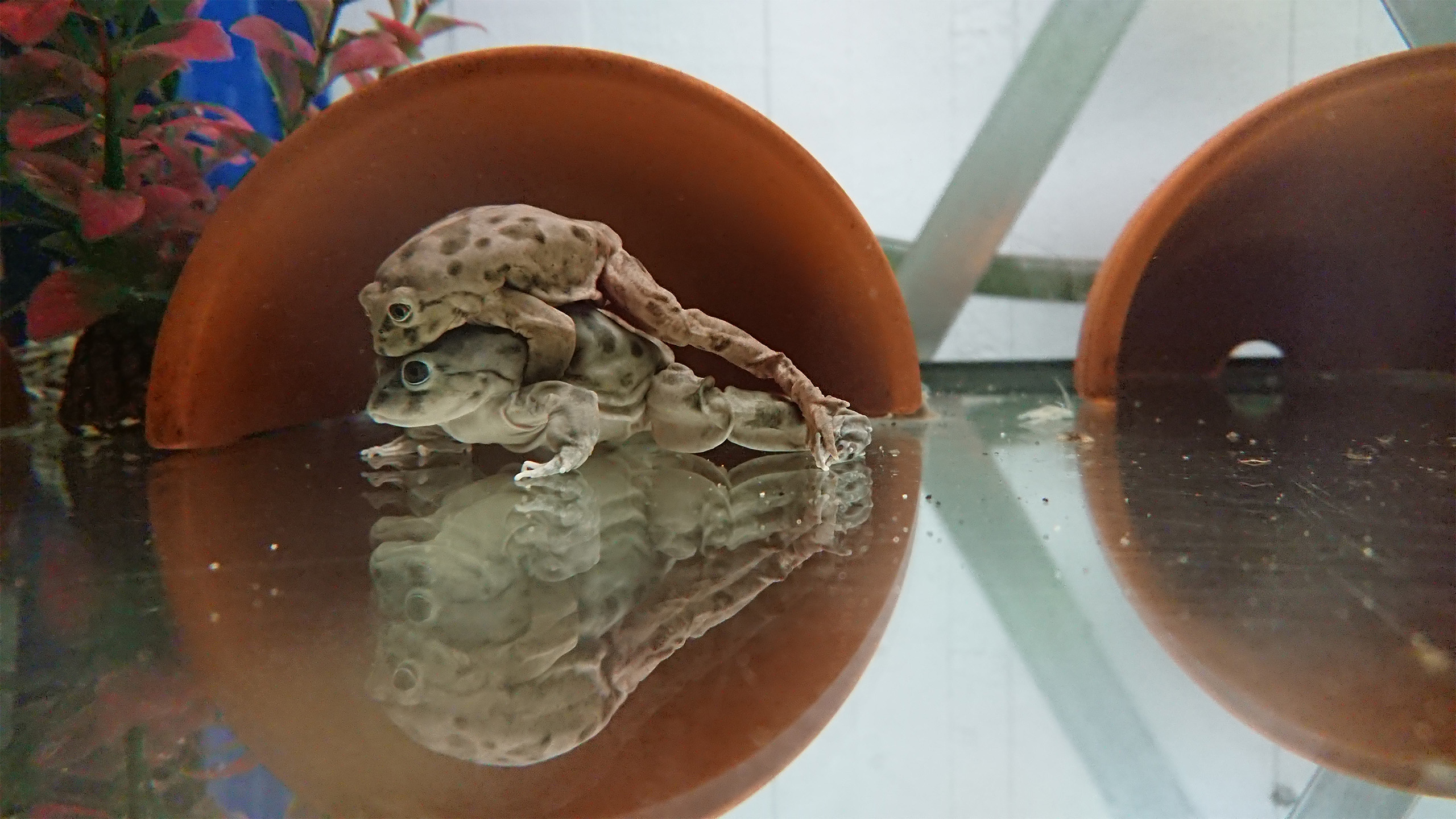 For keeping this frog, two basic requirements must be met: a spacious aquarium (from 300, better 500 liters) and a water temperature of usually below 18 °C. If this is guaranteed, the species is very easy to care for and can be bred without any problems.
Basic information and breeding recommendations are still being developed and will be posted here soon.

For keeping this frog, two basic requirements must be met: a spacious aquarium (from 300, better 500 liters) and a water temperature of usually below 18 °C. If this is guaranteed, the species is very easy to care for and can be bred without any problems.
Basic information and breeding recommendations are still being developed and will be posted here soon. 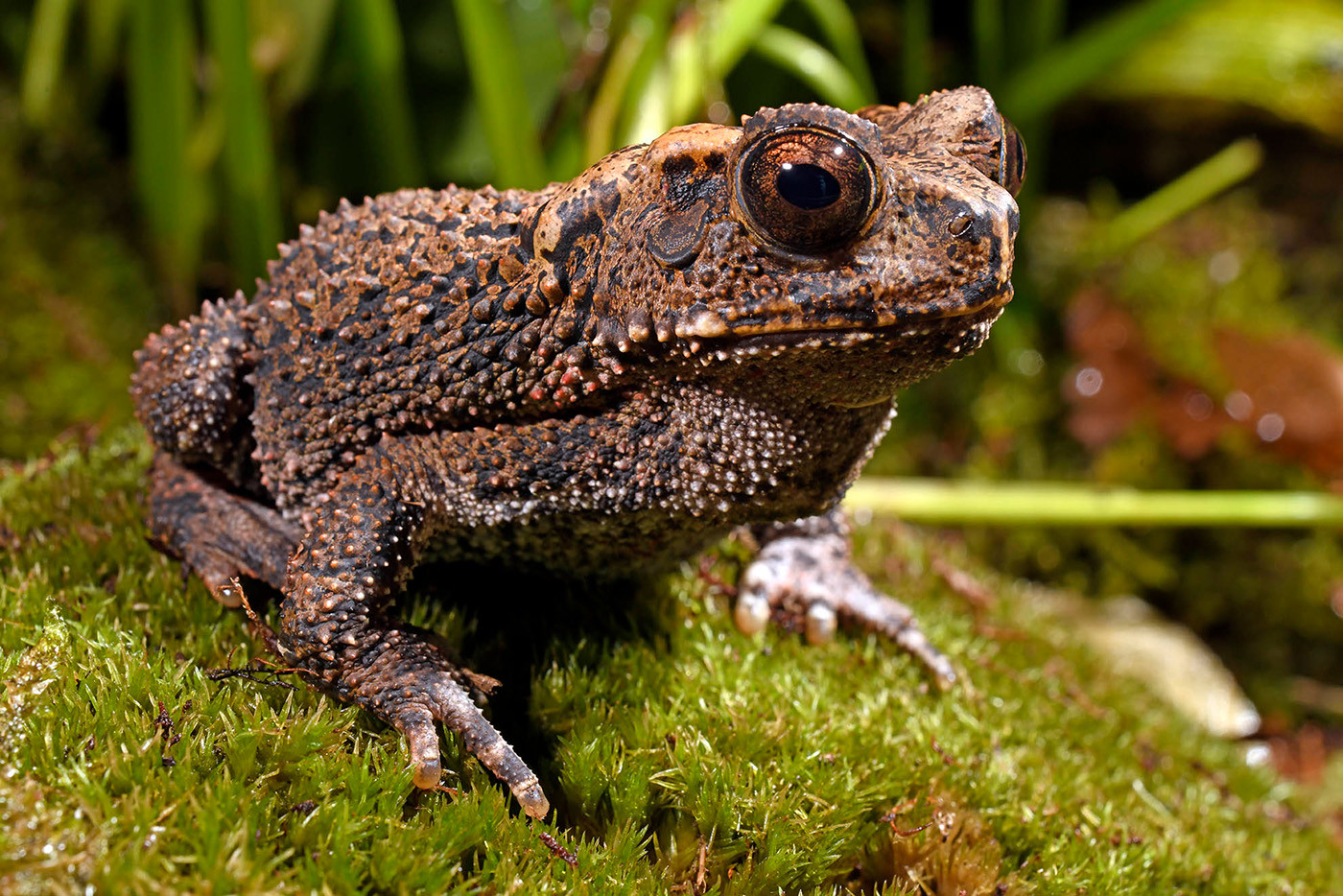 The Bony-headed Toad lives in undisturbed southeast Asian rainforests. But these are getting scarcer.

Madagascar is the fourth largest island in the world and home to unique wildlife that lives only here. This also applies to the lesser-known freshwater fauna. This one little fish there has three big threats against it. But it also has strong allies - the aquarists. 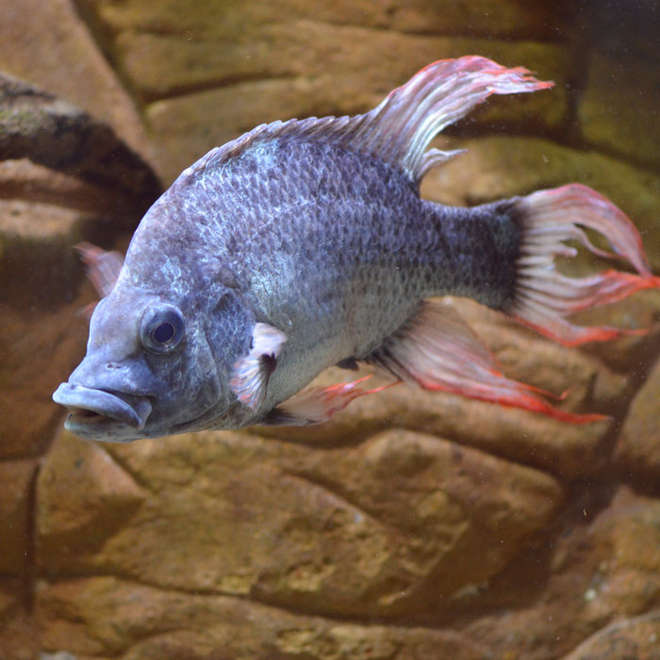 The Mangarahara cichlid was considered the "rarest fish in the world" and was all but extinct. A worldwide call for help, international cooperation and a last-minute rescue operation prevented the worst.
This website uses cookies to improve your experience. We'll assume you're ok with this, but you can opt-out if you wish. Cookie settingsZUSTIMMEN
Privacy & Cookies Policy