What would you do if you had it really nice and cosy in your home, but the weather outside was increasingly unfriendly and finally almost unbearable? Exactly: you’d rather stay where you are. You wouldn’t chase a dog out the door, they say. But why chase a salamander?

Exactly this outdoor dilemma confronted the Anderson’s salamanders in the highlands of Mexico a long time ago. The climate became drier and drier, but the salamanders like it moist. As larvae, they lived in the water, where everything was still fine. After coming ashore, however, they crawled into an environment that was increasingly hostile to salamanders. So it seems only logical that at some point they simply gave it up and stayed in the water altogether.

Of course, a salamander cannot decide whether it will go through metamorphosis after its time as a larva living in water and go on land or not. But deep in their genes, many caudates have stored the option of not going through metamorphosis completely and living in the water even as adults. The sexually mature animals then retain some larval characteristics, such as the external gills with which they can breathe under water. This phenomenon is called neoteny, and the best-known example of it worldwide is a close relative of Anderson’s salamander: the axolotl. If staying in the water brings a survival advantage, evolutionary mechanisms ultimately ensure that at some point the whole population stays in the lake that was originally only their nursery for life.

So the land-dwelling mole salamanders in the highlands of Mexico gradually became water-dwelling mole salamanders, swimming around in the various lakes of the region with their inflows and outflows. And promptly evolution struck again, this time with the famous island effect. Since the different lakes are spatially separated from each other and therefore the salamanders living in them no longer had any contact with each other, they developed their own characteristics over millions of years, through random mutations or special adaptations to their environment. At some point, they had taken such different paths that they had become species of their own – a prime example of the emergence of biodiversity.

Anderson's salamander lives exclusively in the Laguna de Zacapu, a small lake with an area of less than 40 hectares

The newt goes for the gills

Anderson’s salamader lives exclusively in the Laguna de Zacapu, a small lake with an area of less than 40 hectares. A well-isolated, tiny habitat and at the same time a laboratory of speciation. In addition to Anderson’s salamader, there are several species of fish and crayfish found only there. However, the lake is located directly next to the 50,000-inhabitant city of Zacapu, it is its city pond, so to speak. Agriculture is practised in the surrounding area. Both of these factors lead to considerable water pollution and siltation, which severely affects the salamanders. In addition, the quite handsome animals (28 cm long) have always been considered a delicacy, which is why they were fished and probably still are, despite being protected. The animals cannot escape – the World Conservation Union IUCN therefore rates them in the highest threat category for wild species as acutely “threatened with extinction”.

The Circle of Life: "Normal" salamander development proceeds from eggs in which larvae develop, hatch mostly legless, then develop limbs, grow up and finally undergo metamorphosis. The metamorphosed animals then live on land until they themselves proceed to reproduce. Neotenous salamanders take a shortcut in the water: they go through metamorphosis only partially, remain in the water and are still sexually mature as "permanent larvae". | Jonas Lieberknecht

Basically, such a small lake is also just a big aquarium. Unfortunately, it is currently defective, and repairing it is possible in principle, but requires a lot of time, money and effort. So far, work on this has not even begun in earnest. It is therefore likely that on-site rescue efforts will come too late for Anderson’s salamander. He may soon become extinct in the Laguna de Zacapu. This is why Citizen Conservation wants to help provide the animals with other, functioning aquariums – in zoos and with private amphibian friends. After all, keeping and breeding these amphibians is quite possible, and Anderson’s salamander is quite frugal in itself. If enough people join in, we can offer him asylum in human care until one day, hopefully, his native lake will be made amphibian-friendly again. And it would be a shame if these gems of evolution were no longer to exist. 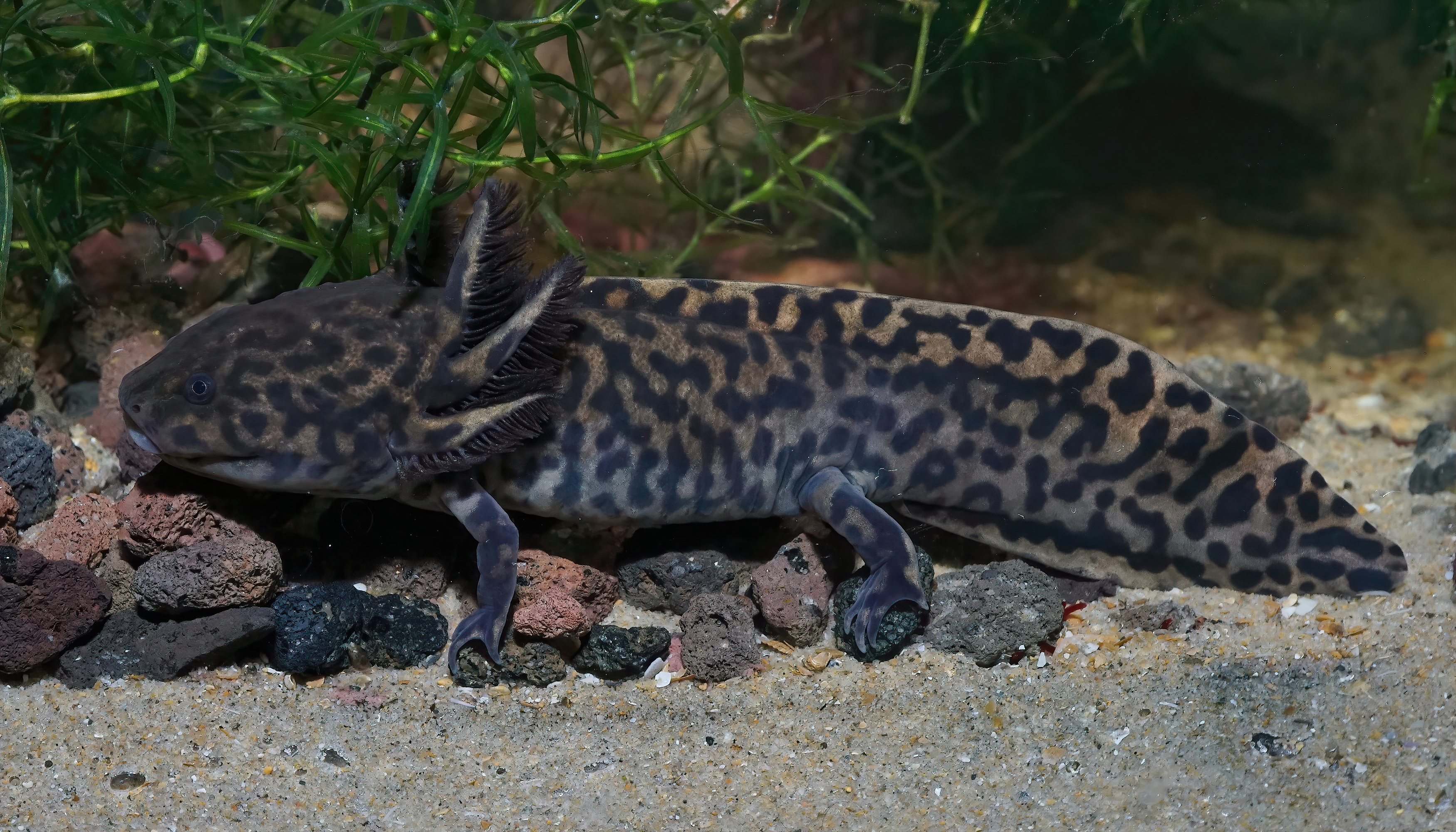 Keep in aquarium with filter, from 200 litres for one pair. Keeping in groups is possible. The water temperature should vary between 16 and 20 °C during the year, 22 °C are tolerated temporarily, 24 °C and more must be avoided. pH value 6.8–8.2, hardness 4–5° dH. Substrate sand or gravel under 3 mm grain size. Hiding places and aquatic plants. Feed with low-protein pellets, mosquito larvae, invertebrates, fish, etc.
Detailed breeding guidelines for download will follow shortly.

Keep in aquarium with filter, from 200 litres for one pair. Keeping in groups is possible. The water temperature should vary between 16 and 20 °C during the year, 22 °C are tolerated temporarily, 24 °C and more must be avoided. pH value 6.8–8.2, hardness 4–5° dH. Substrate sand or gravel under 3 mm grain size. Hiding places and aquatic plants. Feed with low-protein pellets, mosquito larvae, invertebrates, fish, etc.
Detailed breeding guidelines for download will follow shortly.

Madagascar is the fourth largest island in the world and home to unique wildlife that lives only here. This also applies to the lesser-known freshwater fauna. This one little fish there has three big threats against it. But it also has strong allies - the aquarists. 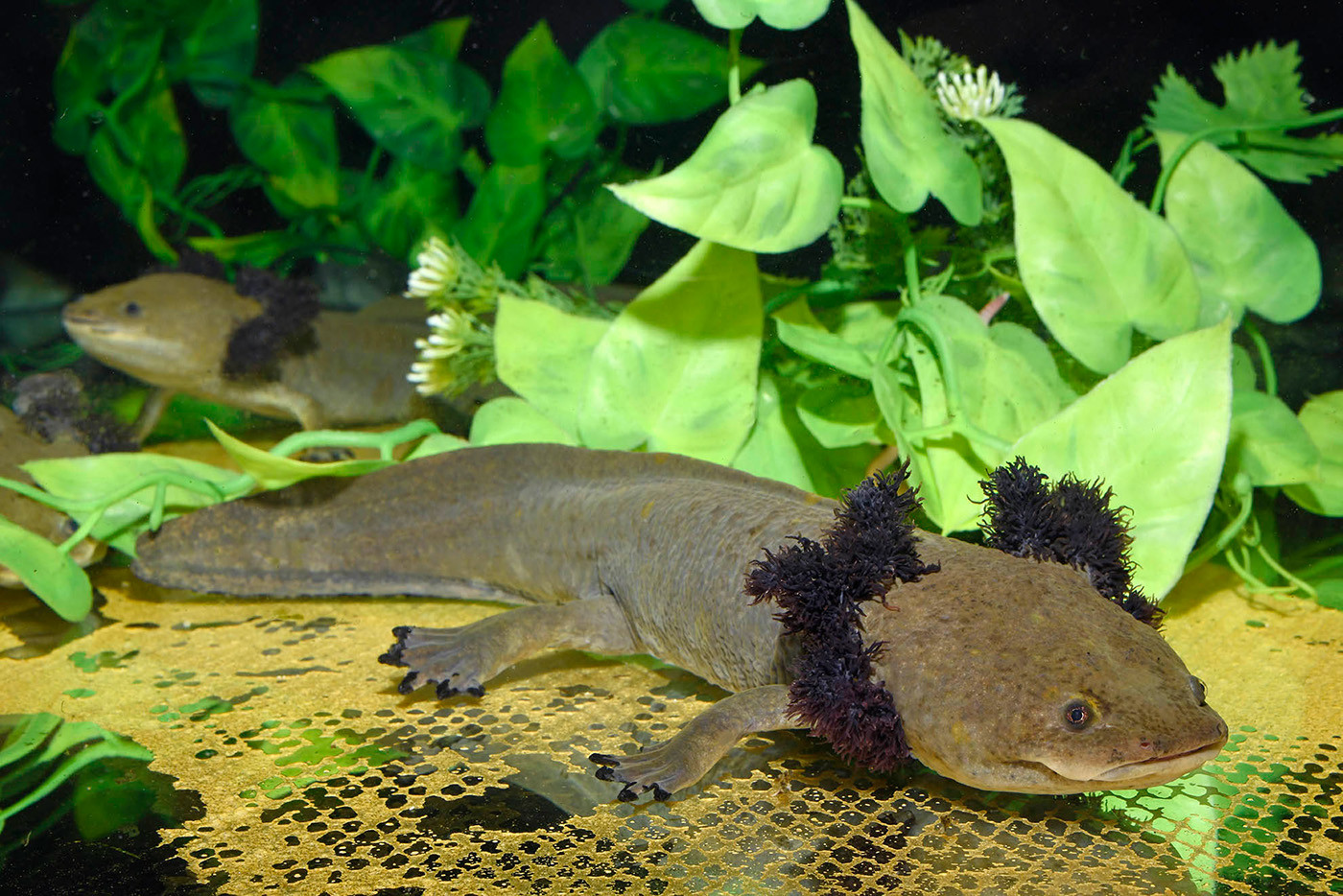 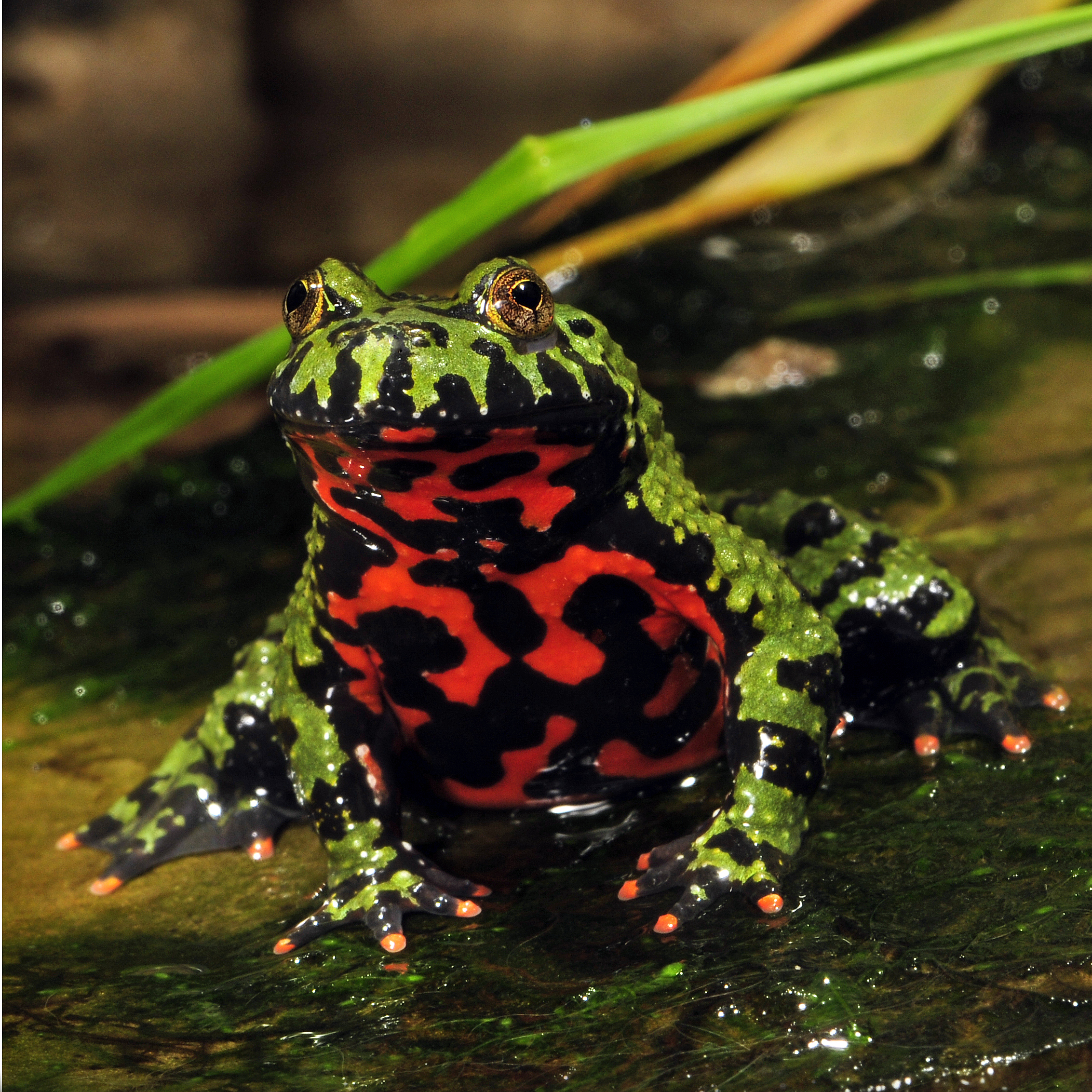 A toad as a popular animal for aquaterrariums. But importing them from the Far East carries the risk of introducing pathogens. The demand for the pet trade could be well covered by breeding – to the advantage of amphibians and humans.
This website uses cookies to improve your experience. We'll assume you're ok with this, but you can opt-out if you wish. Cookie settingsZUSTIMMEN
Privacy & Cookies Policy