“Lost world”: In 1912, the famous British writer Sir Arthur Conan Doyle published his novel about an expedition to a mesa in the South American jungle, so remote that dinosaurs could have survived on it until the present. Large, mysterious mesas, the Tepuis, rise from the rainforest plains between Orinoco and Amazon. On one of them, the Cerro Yapacana, dinosaurs have not survived – but something else has: a small, reddish shimmering frog, genetically so extraordinary that it has been declared a separate species from its poison dart frog kin.

The Demonic Poison Frog is tiny. The females only grow to about 16 millimeters in length, and the males are even smaller. The frogs have small black spots on their otherwise red skin. This warning color is supposed to call attention to their poisonous skin, as Demonic Poison Frogs are a type of Poison Dart Frog. They are so dangerous that they can fearlessly hop around in broad daylight. And they take advantage of this power: great numbers of them crowd together, jumping around among the puya bromeliads, which grow abundantly in their forest.

The threat of mining

The puya bromeliads are a home to the frogs and also play a significant role in their reproduction: the water that collects in their leaves serves as a nursery for the tadpoles once they are brought there. The parents mate and deposit their eggs in humid hiding places deep in the forest. While the larvae mature in their eggs, the male makes sure they do not dry out, and moistens them if necessary. When the tadpoles hatch, the male carries them, one by one, to a cute little bromeliad pool, where they then spend the rest of their time as larvae.

A small, reddish shimmering frog, genetically so extraordinary that it has been declared a separate species from its Poison Dart Frog kin

The world of the Demonic Poison Frog is just ten square kilometers, and unfortunately it is by no means as forgotten as Sir Conan Doyle’s Tepui: At the Cerro Yapacana, gold is mined in an open pit. For this, parts of the forest are burned again and again. The chemicals used in the search for gold may be a ticking time bomb for the frogs. And the political crisis in Venezuela increases the risk of illegal activities. Therefore, it is high time to systematically breed this specimen in terrariums – which has already proven to be successful. The experts of Citizen Conservation are ready to get to work. This is no easy task, because the frogs reproduce slowly, lay few eggs and are hard to breed – a case for dedicated Citizen Conservation specialists.

The Minyobates steyermarki is especially difficult to breed, so it should only be kept by experts and is therefore not yet freely accessible in the CC program. Basic information and breeding recommendations are still being developed and will be posted here soon.
› Download

The Minyobates steyermarki is especially difficult to breed, so it should only be kept by experts and is therefore not yet freely accessible in the CC program. Basic information and breeding recommendations are still being developed and will be posted here soon.
› Download

A toad as a popular animal for aquaterrariums. But importing them from the Far East carries the risk of introducing pathogens. The demand for the pet trade could be well covered by breeding – to the advantage of amphibians and humans. 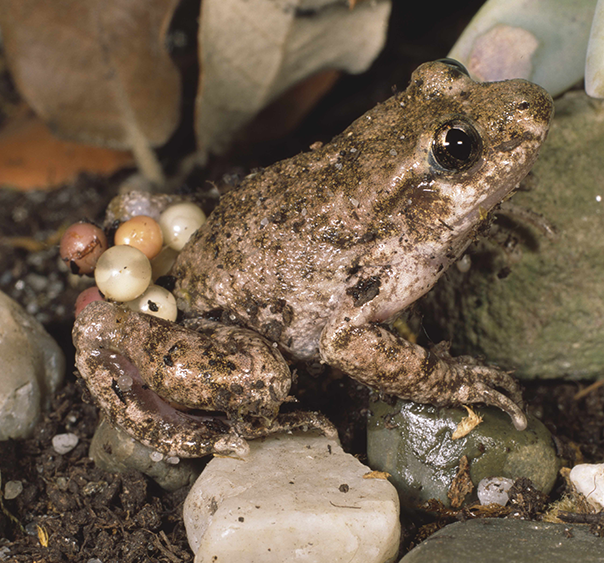